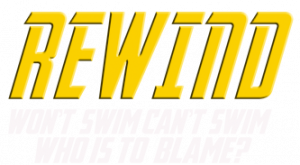 Follows two separate stories – that of a 15-year-old boy and girl, both struggling with the effects of the stigmas and stereotypes which have helped shaped the narrative and thought process as to why a disproportionate number of Blacks and Asians in England do not swim.

Layla and K-Frost, from a South London council estate, need to swim to open up new life opportunities. Will prejudice, stereotypes and fear stop them?

Ed Accura releases ‘A Film Called Black Can’t Swim’ to a global audience addressing the generational taboo in an effort to encourage more black people to learn how to swim.

One of the challanges with the production of the Blacks Can’t Swim film documentaries is fitting hours of relevant interview footage consisting of lived experiences into a 90 minute film.

Now we have a solution.

Please enquire about the various DE&I packages which includes many hours of unseen interview footage together with a scheduled Q and A session.

This material is for professional use and educational purposes. Contact us to find out how it can help your business gain valuable hours of research and data.

Listen to the much anticipate
Original Motion Picture Soundtrack album

POOL brings to life new work by eleven artists including an excerpt from Ed Accura’s
Blacks Can’t Swim— The Sequel documentary. This collection of work springboards
from the historical context to expand the depth and breadth of POOL, providing multiple,
and unexpected, lenses to reconsider the act of swimming together. Blacks Can’t
Swim— The Sequel has been incredibly well-received by visitors with many pointing out
that the work is “fresh” and “a much-needed modern spin on the topic.”

A primary goal of POOL is to amplify the voices and work of people working in this
space of aquatic justice that are leading the way to a greater understanding of
humanity—a deeper connection to our shared experience of the world and vision of the
future that we must build together. Blacks Can’t Swim documentary film series provides
multiple voices for our visitors to consider and possibly, relate to. It also connects this
national story to the current international reality of swimming throughout the African
Diaspora.

“As part of the final year of my Human Sciences Degree at the University of Oxford, I conducted a dissertation exploring the intersections between swimming and social exclusion. This was inspired my own life-long love of swimming and my growing awareness of the unequal access to swimming spaces. During my research, the ‘Blacks Can’t Swim’ film documentaries provided invaluable insights into the numerous factors that underpin ethnic disparities in swimming participation, including swimming not being perceived as a priority and the intergenerational transmission of the stereotype that Black people can’t swim. The collection of personal experiences presented in these film documentaries is essential in highlighting the diversity of swimming experiences within Black and ethnic minority communities, as well as the ways in which barriers to participation can be tackled. Such awareness is essential given the importance of swimming as a life skill and the multitude of health benefits it can provide; the latter is especially significant in the context of the wider health inequalities experienced by ethnic minorities within the UK. I am thoroughly looking forward to watching the third part of this insightful and much-needed film documentary series. I strongly recommend anyone with a passion for swimming and/or social justice to engage with these materials and to continue having necessary conversations about how we can collectively strive towards a more inclusive swimming future.”

Swimming and Water safety is a real issue in Oxfordshire, with Black and Asian young people significantly less likely to be able to swim than white young people. This is a stark inequality and something that Active Oxfordshire is working with partners to change.

We staged a screening of Blacks Can’t Swim in partnership with Oxford Hub for members of the community as a way of generating momentum behind making change and followed this with a discussion about the specific challenges and opportunities to make change in the city. The BCS film gave a real focal point to gather people and to begin a conversation which has then been followed up by Oxford Hub through Ready Set Go and further co creation sessions with members of the community from black and Asian background.

Absolutely proud to be involved with @ed_accura
& all his amazing team, along with our now and future generation of talented young stars ⭐️.
Let’s have those difficult conversations to change the narrative. Official film & documentary release date 4th July 🏊🏿‍♀️🎥.#BCSCONVO

Thanks for your continuous support.

I initial believed it was all about my personal journey and inability to swim but the figures indicate otherwise.

12 days and counting to the official release of Bl

Get the latest release dates, special offers and more