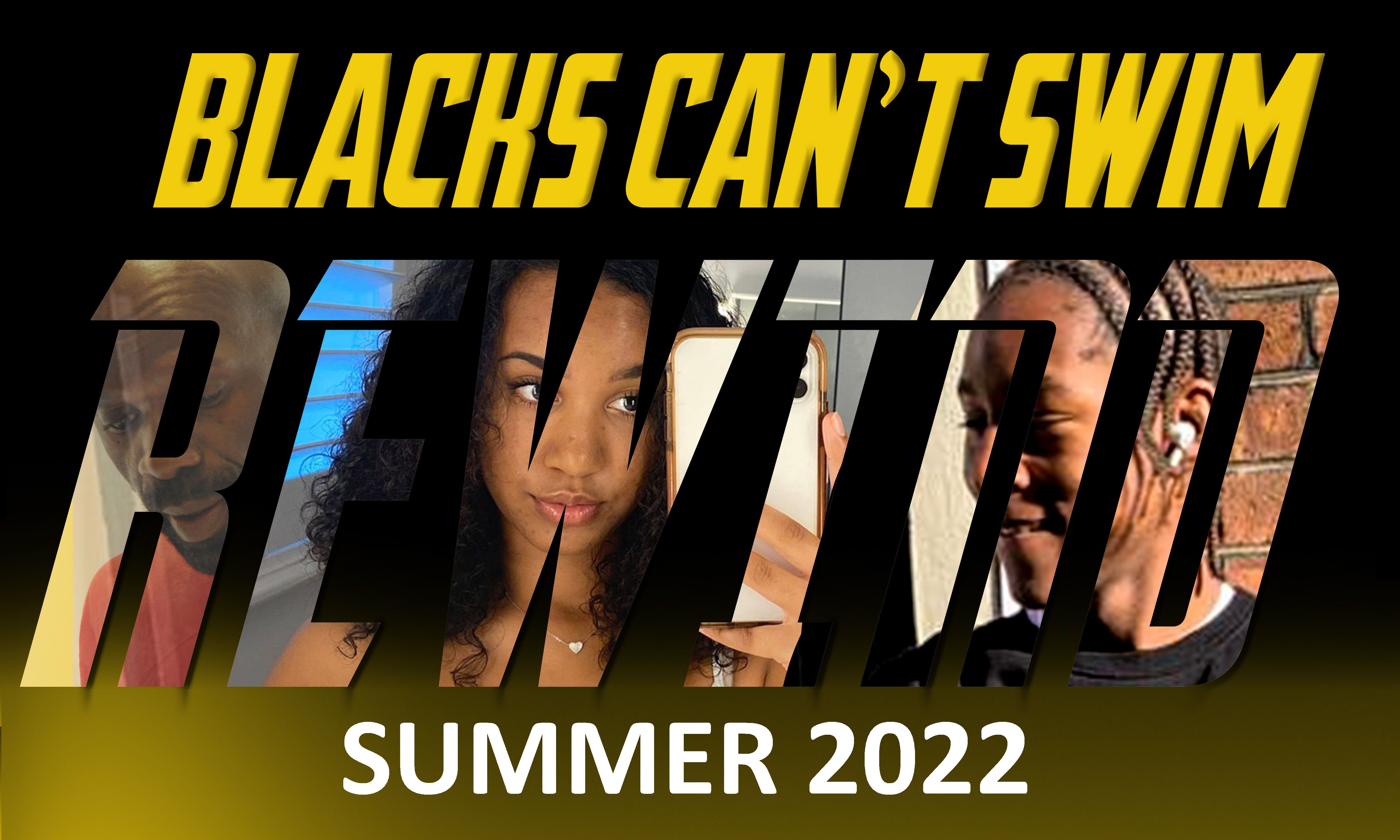 London, UK, December 27th, 2021 – Ed Accura, the producer behind the feature film documentaries A Film
Called Blacks Can’t Swim and Blacks Can’t Swim: The Sequel, has today announced the follow up, Blacks
Can’t Swim: REWIND, will start principle photography in January 2022 with a targeted global release date
in Summer 2022.
The film will be the third in the series and will feature scripted scenes combined with real interview footage.
Blacks Can’t Swim: The Sequel told the stories, fears and anxieties of 14 to 25-year-olds and the reasons
as to why they do or do not swim. Blacks Can’t Swim: REWIND speaks with the parents and adults within
the African, Caribbean, and Asian communities to understand the effects their relationship with water has
had on the youth.

Blacks Can’t Swim: REWIND follows two separate stories – that of both a 15-year-old boy and girl. Both
struggle with the effects of the stigmas and stereotypes which have helped shaped the narrative and
thoughts process as to why a disproportionate number of Black and Asians in England do not swim.
Javell is a 15-year-old boy, from a low socioeconomic background struggling with general direction and
motivation of realistic career and life choices. He is presented with a career choice that could change his
life forever, but will his disengagement with swimming be an obstacle?

Tyra is a 15-year-old girl from a middle-class background who has swum all her life and has the prospect of
becoming an elite swimmer. Now, however, she is experiencing social, emotional and physical changes,
which as a result is making her consider walking away from swimming altogether.

Blacks Can’t Swim: REWIND is an evolution of Blacks Can’t Swim: The Sequel, and the original film
documentary, A Film Called Blacks Can’t Swim, which included interspersed interview footage and
animation about Accura’s own fear of water, which eventually led to him taking swim lessons.
FACT: Sport England highlights that 95% of Black Adults and 80% of Black children in England DO NOT
swim.

Change The Narrative  is the official soundtrack and first single from Blacks Can’t Swim: REWIND and is
produced by Ed Accura featuring Boy Sayso and JayBlaze.
It talks to the youth about the importance of swimming and highlights the dangers from the lack of water
safety knowledge.
The song also calls out to Black role models asking to hear about their swimming stories as everyone has a
swimming journey whether you swim or not.

The music video was directed by Mysterex and it approaches the subject light heartedly and creatively,
making a point that swimming should play a part in all aspects of our lives.
Accura, speaking from his experience as a Black adult who only recently learned to swim after hiding
behind the stigmas and stereotypes all his life, has made this a lifelong aim to change the narrative. Ed
Accura together with Seren Jones, Danielle Obe and Alice Dearing, co-founded the Black Swimming
Association in March 2020.
About The Black Swimming Association
The Black Swimming Association (BSA) is a non-profit organisation set up to ensure everyone, especially
people of African, Caribbean and Asian heritage have equal access, feel included and have a SAFE and
quality experience in and around water. We work to promote the education of African, Caribbean and Asian
communities on water safety, drowning prevention measures, and the benefits of swimming as an
invaluable lifesaving skill. The BSA is positioned as an advocate, strategic partner and change agent in the
aquatic sector.